The LORD is my Shepherd

Welcome to the LORD is my Shepherd Forum Ministry. We're glad your here and hope that you will pray about joining us. JESUS loves you and we do too! Things about JESUS: He never looked back. HE stayed focused on what HE was CALLED to DO. HE DIED for our sins. HE CONQUERED the GRAVE and DEATH. HE said, "It is FINISHED" HE was seen again, after the CROSS. HE completed HIS TASK. HE was RESURRECTED, in front of WITNESSES. HE sent us a HELPER, the HOLY SPIRIT. HE is WITH us. HE never leaves or forsakes us. HE is SEATED on the RIGHT HAND of the FATHER! HE LIVES! HE is COMING AGAIN. May the LORD BLESS you, today...
Christian Homekeeper 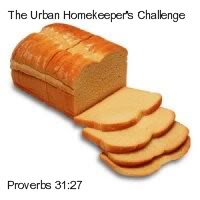 http://christianhomekeeper.org/
The Christian Apologetics and Research Ministry
A peronal Journey of being a Christian _ BLOG

Please stop by and check out my blog.

Mark 14:3 And being in Bethany in the house of Simon the leper, as he sat at meat, there came a woman having an alabaster box of ointment of spikenard very precious; and she brake the box, and poured it on his head. 4 And there were some that had indignation within themselves, and said, Why was this waste of the ointment made? 5 For it might have been sold for more than three hundred pence, and have been given to the poor. And they murmured against her. 6 And Jesus said, Let her alone; why trouble ye her? she hath wrought a good work on me. 7 For ye have the poor with you always, and whensoever ye will ye may do them good: but me ye have not always. 8 She hath done what she could: she is come aforehand to anoint my body to the burying. 9 Verily I say unto you, Wheresoever this gospel shall be preached throughout the whole world, this also that she hath done shall be spoken of for a memorial of her.

36 And one of the Pharisees desired him that he would eat with him. And he went into the Pharisee's house, and sat down to meat.

37 And, behold, a woman in the city, which was a sinner, when she knew that Jesus sat at meat in the Pharisee's house, brought an alabaster box of ointment,

38 And stood at his feet behind him weeping, and began to wash his feet with tears, and did wipe them with the hairs of her head, and kissed his feet, and anointed them with the ointment.

39 Now when the Pharisee which had bidden him saw it, he spake within himself, saying, This man, if he were a prophet, would have known who and what manner of woman this is that toucheth him: for she is a sinner.

40 And Jesus answering said unto him, Simon, I have somewhat to say unto thee. And he saith, Master, say on.

41 There was a certain creditor which had two debtors: the one owed five hundred pence, and the other fifty.

42 And when they had nothing to pay, he frankly forgave them both. Tell me therefore, which of them will love him most?

43 Simon answered and said, I suppose that he, to whom he forgave most. And he said unto him, Thou hast rightly judged.

44 And he turned to the woman, and said unto Simon, Seest thou this woman? I entered into thine house, thou gavest me no water for my feet: but she hath washed my feet with tears, and wiped them with the hairs of her head.

45 Thou gavest me no kiss: but this woman since the time I came in hath not ceased to kiss my feet.

46 My head with oil thou didst not anoint: but this woman hath anointed my feet with ointment.

47 Wherefore I say unto thee, Her sins, which are many, are forgiven; for she loved much: but to whom little is forgiven, the same loveth little.

48 And he said unto her, Thy sins are forgiven.

49 And they that sat at meat with him began to say within themselves, Who is this that forgiveth sins also?

50 And he said to the woman, Thy faith hath saved thee; go in peace.

what she had done. Are you broken?

6 Now when Jesus was in Bethany, in the house of Simon the leper,

7 There came unto him a woman having an alabaster box of very precious ointment, and poured it on his head, as he sat at meat.

8 But when his disciples saw it, they had indignation, saying, To what purpose is this waste?

9 For this ointment might have been sold for much, and given to the poor.

10 When Jesus understood it, he said unto them, Why trouble ye the woman? for she hath wrought a good work upon me.

11 For ye have the poor always with you; but me ye have not always.

12 For in that she hath poured this ointment on my body, she did it for my burial.

13 Verily I say unto you, Wheresoever this gospel shall be preached in the whole world, there shall also this, that this woman hath done, be told for a memorial of her.

Sometimes, something has to be broken to become useful. In this the woman knew the value of the ointment that was inside the alabaster box. It was probably bought by her family to be used for her when she died. But she decided that there was one more worthy of that precious oinment that she. His name was JESUS. What was more important to JESUS was the act that she was broken for HIM and offered her best for HIM. Even through the broken alabaster box of precious ointment, it was her actions that spoke to the heart of  her willingness to be broken for JESUS.

Let me say this...JESUS was broken for all of us. It was not a simple sacrifice on a roman cross, it was humiliation, scurging, his friends betrayed HIM, left him alone in HIS hour of greatest need... Lets look at the brokenness of JESUS.

Isaiah 53:3 He is despised and rejected of men; a man of sorrows, and acquainted with grief: and we hid as it were our faces from him; he was despised, and we esteemed him not.

Isaiah 53:4 Surely he hath borne our griefs, and carried our sorrows: yet we did esteem him stricken, smitten of God, and afflicted.

Isaiah 53:5 But he was wounded for our transgressions, he was bruised for our iniquities: the chastisement of our peace was upon him; and with his stripes we are healed.

Isaiah 53:7 He was oppressed, and he was afflicted, yet he opened not his mouth: he is brought as a lamb to the slaughter, and as a sheep before her shearers is dumb, so he openeth not his mouth.

Isaiah 53:8 He was taken from prison and from judgment: and who shall declare his generation? for he was cut off out of the land of the living: for the transgression of my people was he stricken.

Isaiah 53:9 And he made his grave with the wicked, and with the rich in his death; because he had done no violence, neither was any deceit in his mouth.

Isaiah 53:10 Yet it pleased the LORD to bruise him; he hath put him to grief: when thou shalt make his soul an offering for sin, he shall see his seed, he shall prolong his days, and the pleasure of the LORD shall prosper in his hand.

Isaiah 53:11 He shall see of the travail of his soul, and shall be satisfied: by his knowledge shall my righteous servant justify many; for he shall bear their iniquities.

Isaiah 53:12 Therefore will I divide him a portion with the great, and he shall divide the spoil with the strong; because he hath poured out his soul unto death: and he was numbered with the transgressors; and he bare the sin of many, and made intercession for the transgressors.

Leviticus 6:28 But the earthen vessel wherein it is sodden shall be broken: and if it be sodden in a brazen pot, it shall be both scoured, and rinsed in water.

Leviticus 11:35 And every thing whereupon any part of their carcass falleth shall be unclean; whether it be oven, or ranges for pots, they shall be broken down: for they are unclean and shall be unclean unto you.

Psalms 31:12 I am forgotten as a dead man out of mind: I am like a broken vessel.

Psalms 34:18 The LORD is nigh unto them that are of a broken heart; and saveth such as be of a contrite spirit.

Psalms 34:20 He keepeth all his bones: not one of them is broken.

Why is being broken for HIM important?

Psalms 51:17 The sacrifices of God are a broken spirit: a broken and a contrite heart, O God, thou wilt not despise.

Why would HE want us broken in spirit?

Psalms 147:3 He healeth the broken in heart, and bindeth up their wounds.

Isaiah 30:14 And he shall break it as the breaking of the potters' vessel that is broken in pieces; he shall not spare: so that there shall not be found in the bursting of it a sherd to take fire from the hearth, or to take water withal out of the pit.

GOD loved us so much that JESUS took our sins upon the cross at calvary. It was not just the sins of a few, but all who will accept HIM as SAVIOR and LORD of their life. He became my hero one day years ago, when I realized the total impact of what HE did for me that day. I became broken for HIM. It was no longer about me, but HIM. Being broken for HIM is not a bad thing...

John 3:16 For God so loved the world, that he gave his only begotten Son, that whosoever believeth in him should not perish, but have everlasting life.

Give the LORD praise for SALVATION through JESUS CHRIST!

Do you know HIM personally?

Do you want to know HIM?

Re: Broken made useful